Last year we switched all the light-bulbs in the house to LEDs. We were very satisfied with the brightness, and how little electricity they use. But in the last month 4 of them burned out on us, and another one dimmed considerably. What  was going on? They’re supposed to last 5-10 years!

We noticed that the bulbs that burned out were in the bathroom above the mirror, and in the kitchen ceiling near the stove. After a bit of checking online, I got the answer: dampness and steam drastically shorten the life of most LED bulbs. So off I went to the nearest hardware store. There were dozens of different varieties of LEDs. I looked at all of them, and found one that said “Indoor Outdoor” on it. That sounded like a good possibility, since the great outdoors tends to be damp quite a bit of the time. I flagged down a clerk, who confirmed my choice. He pointed out that the box also said on the back: “Suitable for damp locations”. 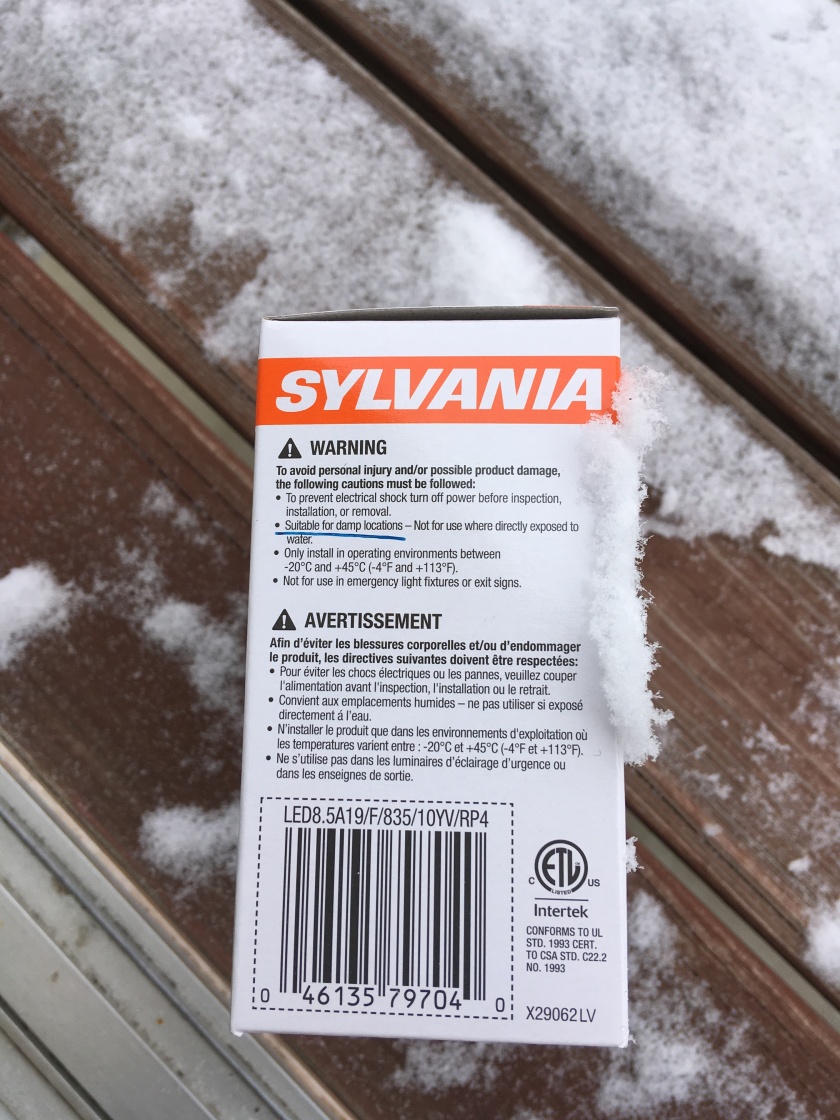 So I bought a box of four, and took them home. My son replaced two bulbs in the kitchen, and I replaced the one in the bathroom. The garage got one too as an experiment. I dated the box and wrote which bulbs were replaced. We’ll see how long these last. LED lights are a great value, but only if they actually last as long as advertised.