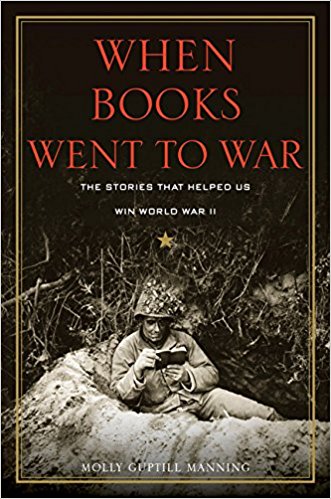 Did you know that during World War II, Europe lost approximately 100,000,000 printed books? It began with Hitler’s followers conducting book-burning events, targeting books by Jewish authors and books that held views different from their own. Then lists were made for the general public, advising them that they might not want to be caught during a home inspection with such books. The lists grew longer. Fear built up, and people began burning any of their own books that were deemed objectionable. As the Nazis bombed country after country, entire libraries were obliterated.

Adolph Hitler was an evil man, but he was not stupid. He realized the power of written words to motivate people, to educate and inform them, to influence the masses, and to lift discouraged spirits. Taking away books was just one of the ways he used to control and intimidate the conquered.

Then the United States was attacked at Pearl Harbor, and was pulled into the war. As ordinary Americans were drafted and sent for training to become soldiers, librarians across the country came up with a brilliant idea. They wanted to supply all the troops with books to keep their morale up, and to give them a diversion from the horrors of war. Publishers, librarians, Congress and ordinary citizens all worked together to supply soldiers with books, and later to help bring books to Europe.

I absolutely loved this book! It’s rare now to find people that impassioned about books and reading (which is sad).  The letters that the soldiers wrote home, describing the relief that the books brought, were heart-warming. For many, it was a life-line that helped them keep their sanity. Men who had never had an interest in reading were totally hooked on reading by the end of the war. Of all the non-fiction books I have read this past year, this was among my favorite.