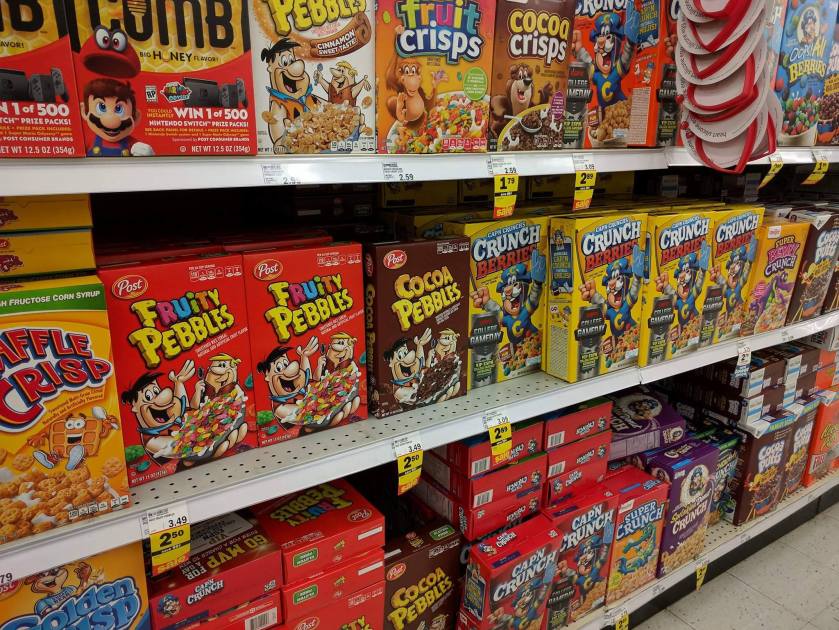 It’s hard to find a cold cereal that doesn’t leave your stomach rumbling an hour or two later. The majority of the breakfast aisle at the grocery-store is cereal that is sugar and air and little else. Like the boxes in the picture above. And the pictures below. 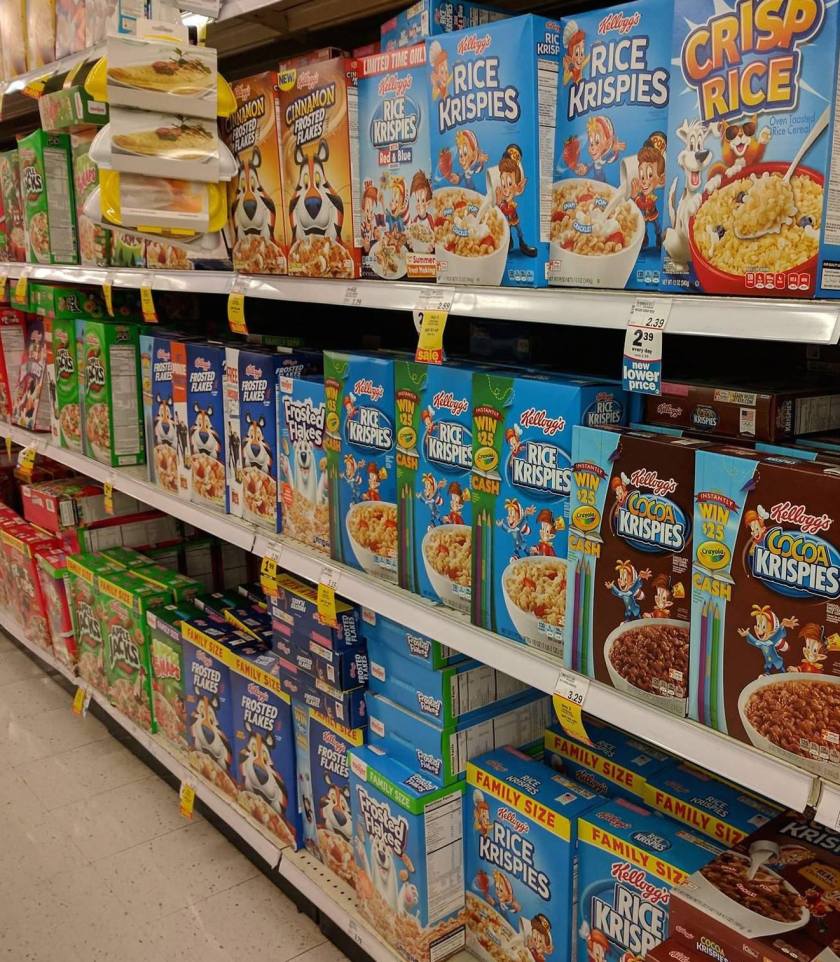 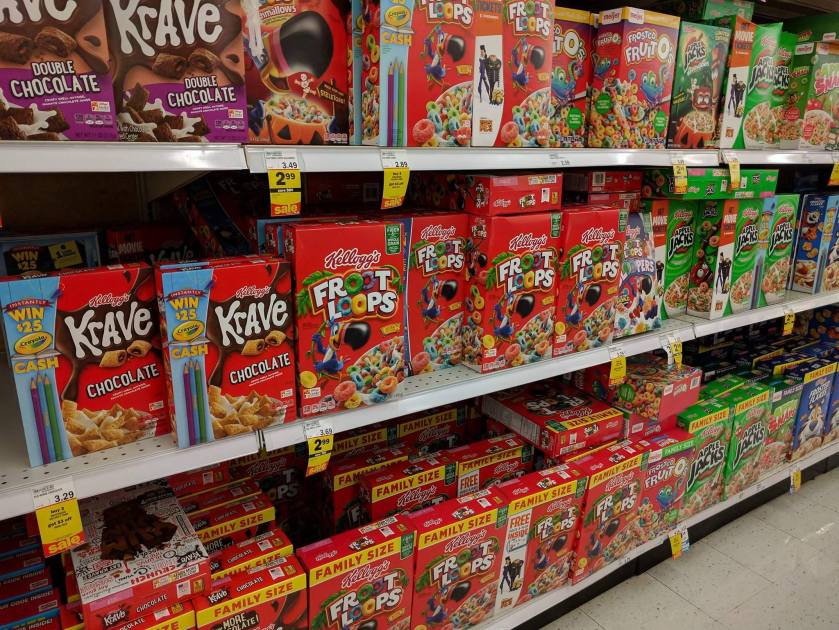 One exception is Cracklin’ Oat Bran. It does have a fair amount of sugar, but it also has some solid ingredients, and carries you most of the way to lunch. But lately, it’s been in sparse supply. First it was moved to the top shelf at the store, above eye level, but at least there were two stacks of it. There there was only one stack. Then it started being entirely absent about every other week. Today was the third week that the shelf has looked like this: 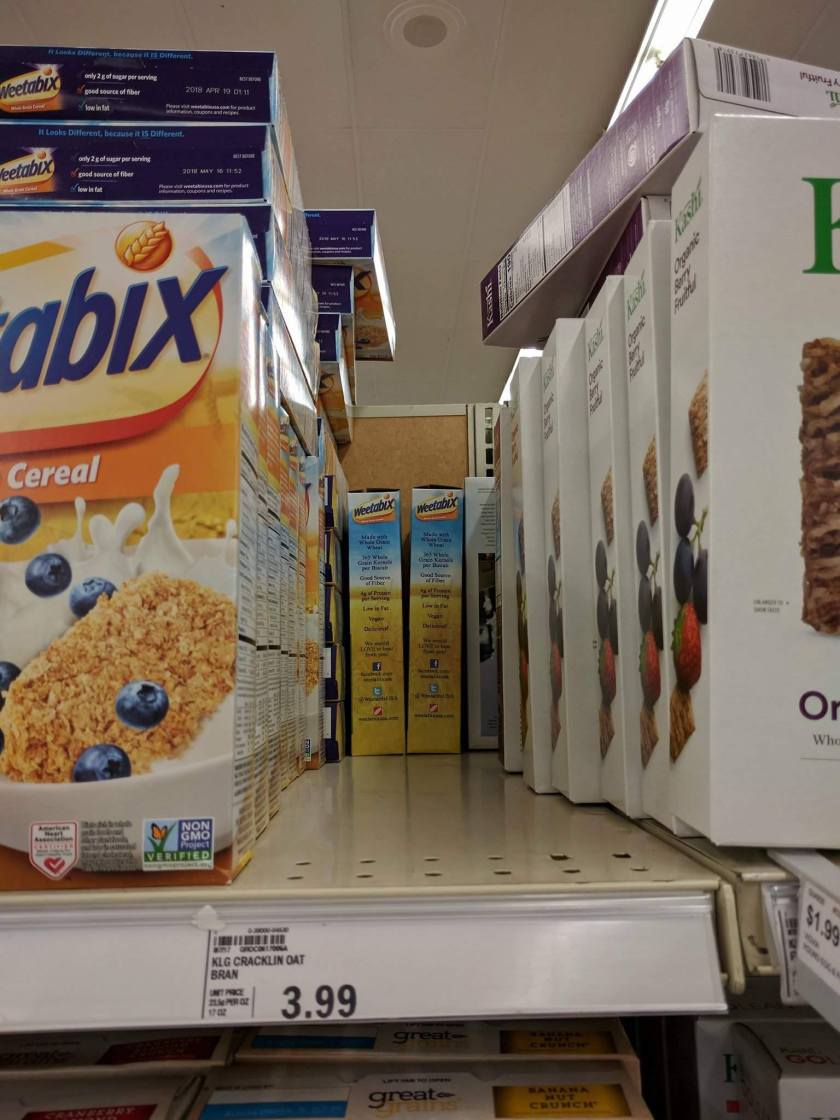 I sighed and asked the friendly store employee re-stocking the shelves if she had any more Cracklin’ Oat Bran. Sadly, she did not. She said the Kellogg’s company has eased back on their production of it, and they won’t be getting any more till October 7.

What a shame. I guess we’ll keep eating Cream Of Wheat.