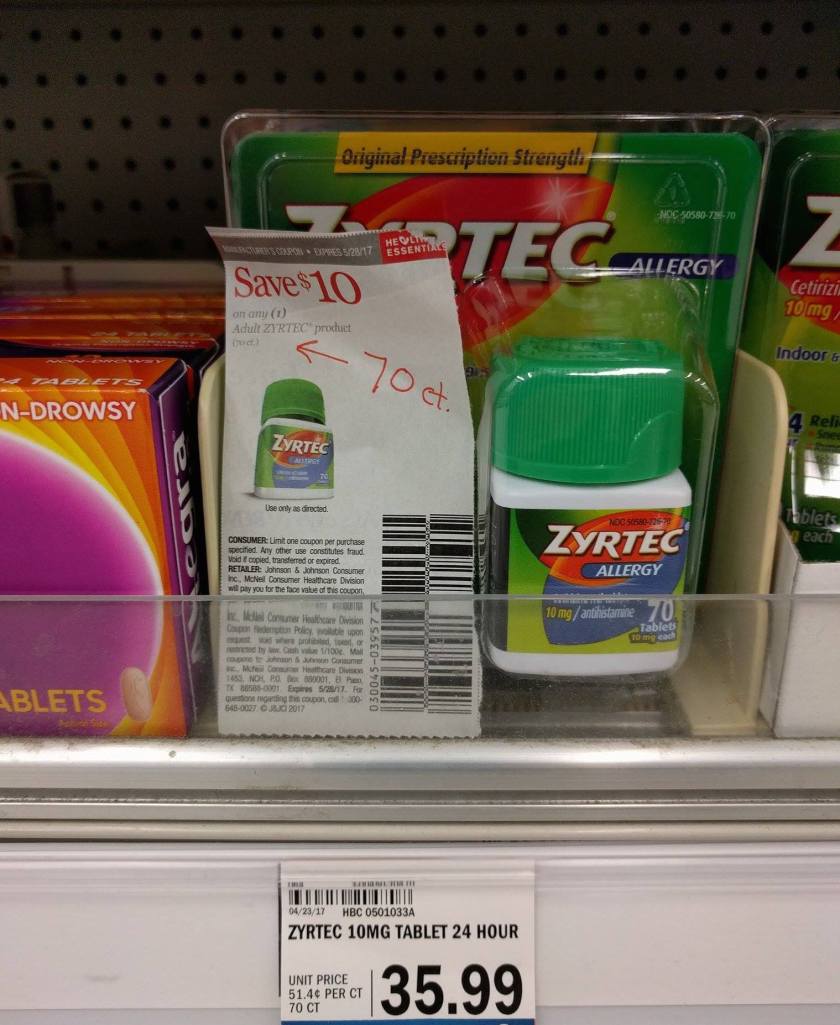 Last week our family’s allergies were kicking in massively (it’s those darn flowering trees), so I added Zyrtec to the grocery list. I grimaced at the cost – $35.99, then noticed that some kind person had put a $10.00 off coupon next to it. I carefully checked to make sure the coupon wasn’t expired, and that it was for the right pill count. Yup, it was, so I saved ten dollars!

Yesterday I got the mail out of the box, rummaged through the free coupon handout, and found a $10.00 coupon for Zyrtec. It would expire in less than a month. Since someone had done me a favor in leaving the coupon last week, I decided to pay it forward. During this morning’s grocery run, I carefully put the coupon next to the 70-count Zyrtec. (I had also written with marker on it “70-ct” so the recipient wouldn’t get to the counter with the 24-count bottle.

I was blessed last week, and someone else will be blessed today. It feels great to pay it forward, even if it’s something small.