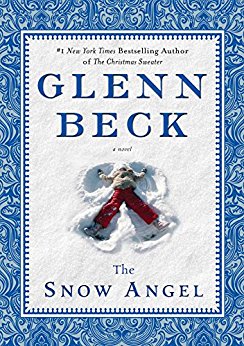 When you look at the cover of this book, you think you’re getting a sweet Christmas novella, but you’re not. You’re getting realistic fiction about a woman named Rachel who is married to a domineering, abusive man named Cyrus. Her only happiness is their daughter Lily, from whom she tries to hide the truth. An elderly couple who befriends her knows the truth, but can’t help her, since Cyrus has forbidden her to associate with them. The minister’s wife guesses what is happening in Rachel’s house, but doesn’t really know how to help.

The story alternates between Rachel’s adult life and her miserable childhood, being raised by an abusive alcoholic mother and a neglectful father. The story was incredibly sad, showing how emotional and physical abuse is carried on from generation to generation. The author states at the beginning of the book that it was a story that he had wanted to tell for years. He said:

It is my hope that it will wake those up who’ve been trained to believe in lies like “it’s my fault,” “it’s not so bad,” “he won’t do it again,” or “verbal abuse isn’t really abuse.” Never forget who you are: a daughter of a Heavenly Father. You have royal heritage, and anyone who makes you feel like less than that is not a man, husband, father, or friend, simply someone who is afraid of you because he knows who you are, but doesn’t know who he is. This book is also dedicated to my sisters, who inspire me, to my mother, who lost her way, and to my wife and daughters, who give me hope.  It is also a gift to all the fathers and protectors who try hard every day to be better men than they were yesterday.

The story is well-written but heartbreaking because you know that there really are people living wretched lives like Rachel’s. So many years wasted that could have filled with joy and laughter and being with friends, instead of being isolated by a tyrannical husband. In the end, Mr. Beck does show that there is always hope, and that forgiveness and healing can happen at any time in life.